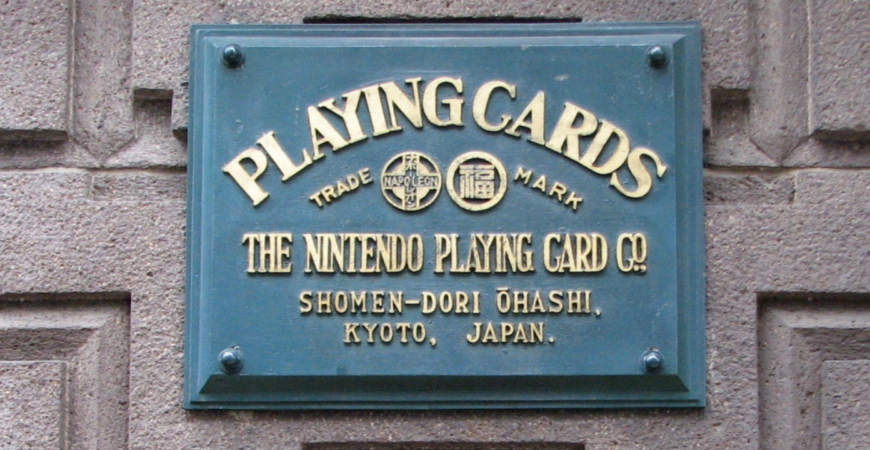 Nintendo Fanboys must not miss this, Marufukuro, Nintendo Hotel. It was the first Nintendo headquarters office that become a hotel. The location is in Kyoto, the classic city of Japan where Nintendo was born. You will not find Super Mario, Luigi , and princess there, but you can feel the historical journey of the Nintendo.

Marufukuro Hotel is in the same neighborhood where Fusajiro Yamauchi launched the game company in 1889. The building itself dates back to 1933 when the company was known as Yamauchi Nintendo and produced hanafuda (Japanese playing cards) as well as Western-style playing cards known as karuta or toranpu. The words karuta and toranpu on the plaque outside the building pay homage to Nintendo’s humble beginnings.

True Nintendo Fanboys may find some of Nintendo’s early playing card patterns buried beneath the hotel’s iron window bars. While the interior of the ancient building has been restored, the exterior, especially the old-fashioned green-tiled roof, has remained unchanged.

When Nintendo relocated the office, The  original headquarters has been empty since  1959. Tokyo-based renovation company Plan Do See has given the historic space a new lease on life by converting it into a brand new hotel. The Marufukuro hotel is will open its doors on Friday, April 1 , 2022.