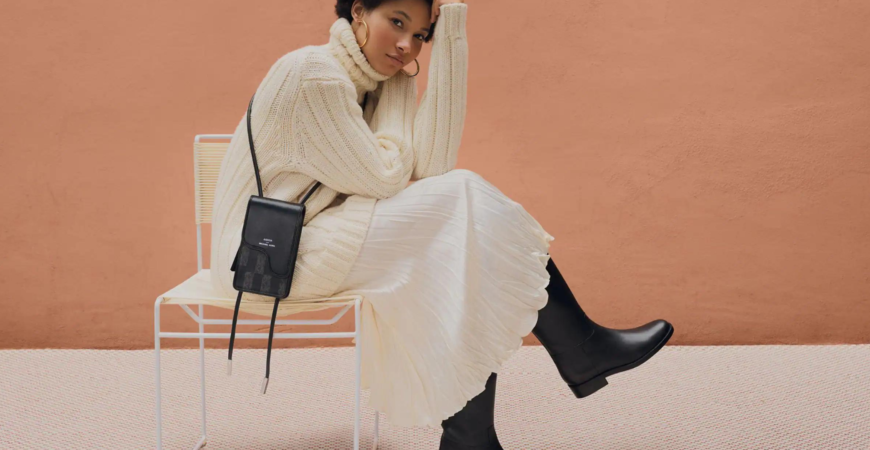 Few names are as closely associated with American fashion as Michael Kors.

Michael Kors commemorating their 40th anniversary, the hugely celebrated designer has been especially reflective about what it means to be a fresh designer in a large metropolis. As a result, Michael Kors’ new collaboration with ASHYA is what came out of it.

ASHYA is a modest Brooklyn-based label.

“Planning for the anniversary last year, and recalling my own start in company, made me think about the obstacles that emerging firms face today,” says Kors. Kors chose Ashley Cimone and Moya Annece, founders of ASHYA, to design a limited-edition capsule of two exclusive bags.

When it came time to collaborate for Michael Kors 40th Anniversary, the designers exchanged offices to absorb each brand’s aesthetics and DNA. Cimone and Annece visited Michael Kors’s office in Manhattan. Kors also paid a visit to their workshop in Industry City, Brooklyn. “Both of our companies began in New York and are deeply rooted in the city, but we also share a curiosity about the world and a passion of travel that binds us,” Kors said.

Kors’ collaboration with ASHYA gave birth to the Saga print, which features the signature MK logo in a new iteration. Both brands took inspiration from West African weaving techniques. For ASHYA, emphasizing textiles as a storytelling device has always been important to the brand.  They looked to the line-work and shapes found in African weaving as the primary influence.

What do the two designers have in common? A relaxed approach to luxury. Kors is constantly keeping an eye on the future as the company evolves, with more potential partnerships with young designers likely on the horizon. “I believe it is critical to encourage the next generation of designers,” he adds. “Fashion is always looking ahead, propelled by fresh ideas and views.” Young people, in particular, have a fearless attitude. It’s invigorating.”