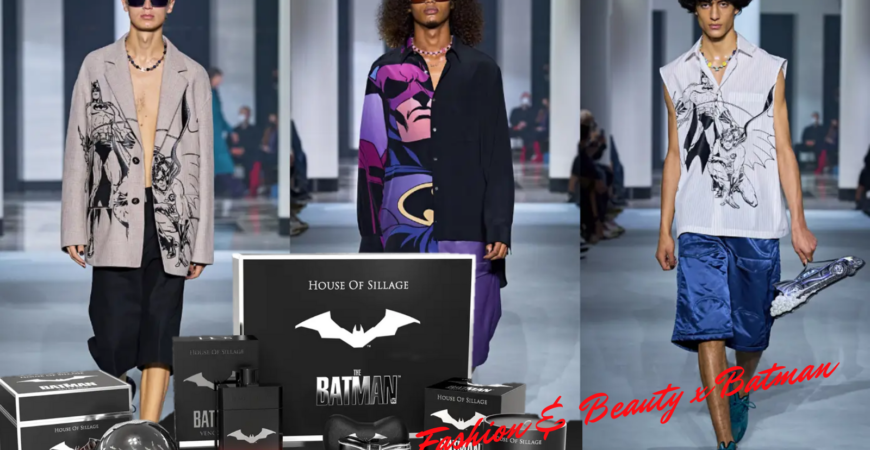 There will be no shortage of ‘The Batman’ merchandise, as WarnerMedia has stated that the picture would be launched alongside the greatest range of legitimate products in over a decade. Fans will be able to “channel Batman/Bruce Wayne and Catwoman/Selina Kyle like never before” when ‘The Batman’ hits theatres in March.

A WarnerMedia spokesperson said, “The Batman’ picture is highly anticipated and will be accompanied by inventive, authentically made new products and experiences for fans worldwide.” “This is the first solo Batman film in almost a decade, and it sparked new ways for fans to engage with and appreciate this legendary DC Super Hero.”

Lanvin to launch ‘The Batman’ collection

Catwoman and Batman are the subject of a Lanvin collection that was initially shown on the catwalk at Paris Fashion Week last year. In addition to Batman and Catwoman’s faces in colors of blues and purples, the collection comprises T-shirts, denim, metal mesh dresses, and a reversible teddy bear jacket.

Lanvin has also produced Gotham City-inspired accessories, including shoes, a Batmobile-inspired minaudiere clutch, and a variety of leather handbags.

To coincide with the film’s international release on March 2 and North American release on March 4, the line will be available online and in select Saks Fifth Avenue locations and on saks.com on March 15.

Carhartt and Puma are among the fashion brands launching ‘Batman’-themed collections.

A new collection of EleVen by Venus Williams sportswear inspired by the neon lights, rain-slicked pavements, and midnight moonlight of Gotham City is also part of the fashion and footwear partnership. Sports bras, track pants and tennis dresses are all included in the collection, as well as hoodies with lace-up detailing and leggings with studs. EleVenbyVenusWilliams.com, Saks Fifth Avenue, Tennis Warehouse, and Zalando.com, all in the United States, will carry the line.

To commemorate the release of the film, Saks Fifth Avenue in New York City will have a special pop-up shop featuring Batman merchandise. There will be ‘The Batman’ inspired apparel and accessories from EleVen by Venus Williams and Maison Labiche & Lanvin, as well as beauty products, toys, and collectibles at the pop-up, which will be open from March 15-29.

Saks is also creating bespoke window displays to immerse them into Matt Reeves’ depiction of Gotham City for the sake of their customers.

Beauty brands team up with ‘The Batman’

House of Sillage, a luxury high-end perfumery, is launching a new fragrance, lipstick, and candle inspired by the character of “The Batman,” while Emilie Heathe is releasing a limited-edition collection of three new nail polish colors named “The Dark Night,” “Vengeance,” and “Madness,” all of which are reimagined versions of “The Batman” characters. Launching in tandem with the collection is an assortment of nail accessories, including a nail decals set, a crystal nail file and beauty clips adorned with Batman imagery.

‘The Batman Bricc,’ with its leathery, musky perfume, and ‘The Riddler Enigma,’ with its cryptic yet interesting aromas, are also part of a limited-edition soap bar bundle from Dr. Squatch.

“The Batman” is expected to be one of the most talked-about films of the year 2022. Robert Pattinson, Zo Kravitz, and Colin Farrell feature in Matt Reeves’ directorial debut as Batman and Robin, respectively.